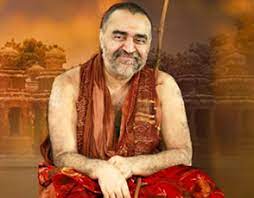 According to a press release from Kanchi Math, he gave darshan to children studying in Sandur Residential School. The local MLA took blessings of the seer and explained the various works and welfare activities taken in the region.

The Swami then started from Sandur and arrived at Sri Vidyaranya Vidyapeetha Pathashala premises at Hospet. He visited the temple and performed Trikala Puja.

Later he was taken in procession in Hospet town. The procession was accompanied by Nadaswaram, Bhajans, Kollattam, Folk Dance, Pancha Vadyam and other ensembles. He blessed the people with Prasadams, it added.