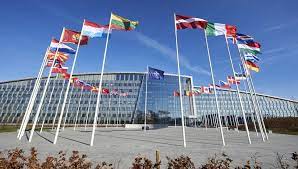 Brussels : The applications by Finland and Sweden to join the North Atlantic Treaty Organisation (NATO) will be processed quickly should the Scandinavian countries choose to do so, the military alliance’s Secretary General, Jens Stoltenberg, said.

Both Finland and Sweden have long pursued a policy of military non-alignment. After the disintegration of the Soviet Union, NATO has failed to win over the two countries several times, Xinhua news agency reported.

But the two countries have made some changes in their positions in face of the Russia-Ukraine conflict, delivering weapons and ammunition to Ukraine.

We know that their armed forces meet NATO standards, are interoperable with NATO forces. We train together, we exercise together and we have also worked together with Finland and Sweden in many different missions and operations, the NATO Secretary General said.

He also addressed the security of Finland and Sweden during the interim period between the two countries’ potential applications and the date they become actual members of the organisation, saying that we will be able to find arrangements so that no uncertainty is left.

The two countries’ potential application for NATO membership has been in the spotlight since the beginning of the Russia-Ukraine conflict, as they are both neighbours of Russia. Finland shares a 1,340-km border with Russia.

When answering a question about the prospect of the countries which may join NATO, Dmitry Peskov, Press Secretary of Russian President Vladimir Putin, told reporters earlier this month that further expansion of NATO, including the admission of Finland and Sweden into the alliance, will not contribute to security in Europe.

In itself, the alliance is rather a tool sharpened for confrontation. This is not an alliance that ensures peace and stability. Further expansion of the alliance, of course, will not bring additional security to the European continent, the Kremlin Spokesman said.