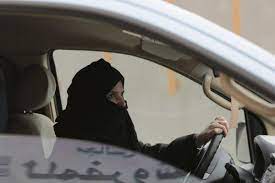 Kabul : The Taliban regime in Afghanistan has stopped issuing driving licenses to women in Kabul and other provinces, media reports said. The ban comes at a time when the country suffers from a devastating humanitarian crisis, with an acute shortage of food and other essential supplies.

Before the Taliban takeover, women in Afghanistan could be seen driving in some of the major cities of the country including Kabul. However, the Taliban has now stopped distributing driving licenses to women, local media said.

Notably, the situation of human rights in Afghanistan has worsened since the collapse of the Afghan government and the Taliban’s return to power in August last year. Although the fighting in the country has ended, serious human rights violations continue unabated, especially against women.

In a recent decree, the Taliban regime in Afghanistan banned girls from attending school above grade sixth leading to worldwide condemnation. The leaders of the outfit have since said that the move was taken because of an apparent shortage of teachers and that the right of girls to study beyond grade sixth will be restored shortly.

Afghanistan is grappling with a serious humanitarian crisis as according to international assessments, Afghanistan has now the highest number of people in emergency food insecurity in the world, with more than 23 million in need of assistance, and approximately 95 per cent of the population having insufficient food consumption.