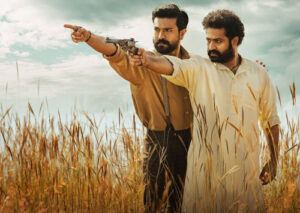 ZEE5 will premiere RRR in Tamil, Telugu, Kannada, and Malayalam on May 20.

The film went on to become one of the biggest blockbusters in Indian cinema across languages.

Another celebration for #RRRonZEE5 on 20 May is the birthday of Jr. NTR.

SS Rajamouli’s RRR has created a new benchmark in the box office, by breaking all the previous box office records.

According to the trade reports, the film remains at the top of box office charts with Rs. 1000-Cr box office collection worldwide.