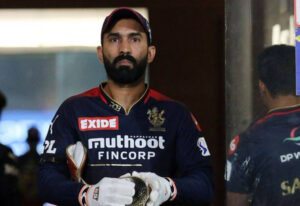 Karthik admitted to the Level 1 offence under Article 2.3 of the IPL Code of Conduct and accepted the sanction. For Level 1 breaches of the Code of Conduct, the Match Referee’s decision is final and binding, an IPL statement said.
Coming to the match, batting first RCB posted a massive 207 with a loss of four wickets with the help of Patidar’s brilliant ton and Karthik’s 37 runs in 23 balls.