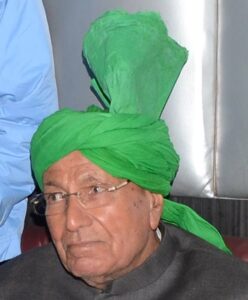 A Delhi court awarded a four-year jail term to former Haryana Chief Minister Om Prakash Chautala in a disproportionate assets (DA) case. Special Judge Vikas Dhull also imposed a fine of Rs 50 lakh on the convict in the case of acquiring disproportionate assets from 1993 to 2006. The judge also directed the authorities concerned to confiscate four of his properties. Chautala will be lodged in prison 2 of Tihar jail.

The court had last week convicted Chautala and said the accused had failed to satisfactorily account for such dis-proportionality by proving his source of income or means by which, he acquired assets during this period.

The CBI filed the case in 2005, and a charge sheet was filed on March 26, 2010, accusing him of amassing assets disproportionate to his legitimate income, between 1993 and 2006.

According to the CBI FIR, Chautala, while functioning as Chief Minister of Haryana from July 24, 1999, to March 5, 2005, in collusion with his family members and others, accumulated assets, immovable and movable, disproportionate to his known lawful sources of income, in his name, in the names of his family members. The disproportionate assets were calculated to be Rs 6.09 crore.