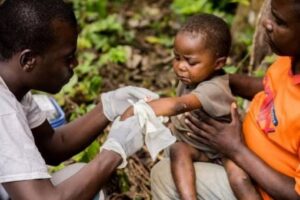 The Indian Council of Medical Research (ICMR) official said that India is prepared in view of increasing infections in the non-endemic countries. The ICMR official also added that no cases have been reported in the country so far. Dr Aparna Mukherjee, Scientist C, ICMR in an interview with news agency ANI said, India is prepared for the infections as it is rapidly spreading in non-endemic countries like Europe, USA and others. However, no cases have been reported in India so far.

On the other hand, the World Health Organisation yesterday inforemed that more than 200 confirmed or suspected cases of Monkeypox have been reported from 20 countries. A senior official from the global health body feared there will be a community spread of Monkeypox, Reuters reported.

Dr Aparna Mukherjee also emphasised keeping a close watch on unusual symptoms, especially those who have a travel history from the monkeypox-infected countries. “We should observe the unusual symptoms like high fever, a lot of lymphadenopathies, large lymph nodes, body ache, rashes, etc, especially those who have travel history from infected countries,” Dr Mukherjee said.