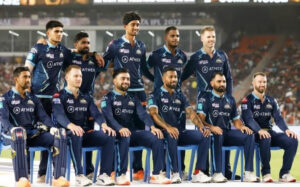 Check out what the winners say after a successful first season in IPL.

Shubman Gill said, ‘It means a lot. After winning the under-19 World Cup, winning the IPL is just as big. It is my fourth year. I wanted to be there till the end and that was the talk with the coaches.

Glad I took them over the line. Our bowlers bowled really well to restrict them to 130. We wanted to keep them under 150 but fortunately it was much lesser.’

David Miller said, ‘ It’s been a phenomenal journey, finishing it at the back end was a special feeling, but it has been a collective effort, everyone has stuck up their hand and performed well. (On Pandya) He’s been very relaxed, we’ve had a very good bond with Ashish (Nehra) and Hardik.

He’s got better and better as the competition gone on, tactically he’s been brilliant. Just grown from strength to strength.’

Mohammed Shami, said, ‘We needed to start the tournament well (on the first ball dismissal of KL in the team’s first game), set up a template for the team.

The idea was only to start well for the team, concentrate on the line and length. We (himself and Saha) have known each other well for the last 20 years and have a good understanding as well.’

Wriddhiman Saha, said, ‘This is my 5th final and the 2nd final I have won, someone said our team was not good after the auctions, but we proved them wrong.

The first ball he bowled was outstanding [on Shami’s first ball in their first game which got KL Rahul out], everyone contributed and it was a team performance.’