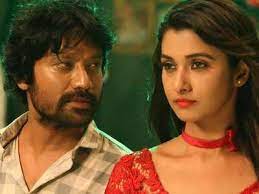 The trailer of Bommai, directed by Radha Mohan, was out Tuesday. It speaks about the bonding between a man, played by SJ Suryah and a mannequin, played by Priya Bhavani Shankar, that comes to life.

The film marks the second collaboration between Suryah and Priya after the 2019 hit, Monster. Bommai features music by Yuvan Shankar Raja who is credited as Young Maestro in the trailer, while Karky has penned the lyrics.

The film has cinematography by Richard M Nathan, while Anthony will be serving as an editor. MR Pon Parthiban is credited as a writer on the film.