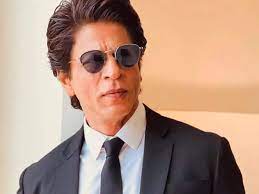 Shah Rukh Khan has collaborated with director Atlee for his upcoming film co-starring Nayanthara. Now, according to the reports, the film has been titled ‘Jawan’. Reportedly, the makers will soon make an official announcement of the same.

SRK will be essaying double role in the film while Nayanthara will portraying the character of an investigating officer in the movie. It also feature Sanya Malhotra in a pivotal role. Apart from ‘Jawan’, SRK will next feature in Siddharth Anand’s ‘Pathaan’ with John Abraham and Deepika Padukone. He will also star in Rajkumar Hirani’s ‘Dunki’ with Taapsee Pannu.