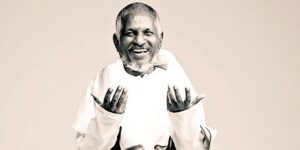 Prime Minister Narendra Modi wished music composer Ilayaraja on his birthday today. He spoke to the composer over phone.

Ilayaraja, who has scored music for over 1000 films in various Indian languages, has won many awards and acclaims.

Remember much recently Ilayaraja had drawn comparisons between Dr B R Ambedkar and Narendra Modi, in the foreword to a book, saying both of them were striking personalities and practical men who believed in action rather than mere thought exercise.

His comments drew flak from DMK leaders. Social media was buzz with discussion about his forward.