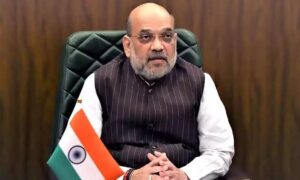 Union Home Minister Amit Shah led a round meetings in Delhi on Friday with top officials from the Jammu and Kashmir administration, the army chief, security and intelligence agencies a day after two men including a bank manager were shot dead, as part of a spate of eight targeted killings within a week in the region.

Jammu and Kashmir’s Lieutenant Governor Manoj Sinha has been called to Delhi for the meetings that were also attended by National Security Advisor Ajit Doval, army chief General Manoj Pande and heads of other agencies including the Border Security Force and Central Reserve Police Force.