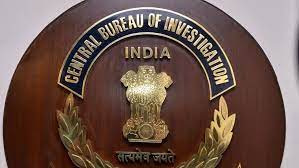 Telangana BJP chief Bandi Sanjay on Saturday wrote to Chief Minister K Chandrashekhar Rao demanding to hand over the Hyderabad gang-rape case to the Central Bureau of Investigation (CBI) and arrest all the accused involved.

So far, three accused including two minors have been arrested in the Hyderabad rape case. One accused, who was arrested yesterday, has been identified as Saduddin Malik.

“In continuation of arrest of accused Saduddin Malik, two children in conflict with law were apprehended by Jubilee Hills police today. They are being produced before Juvenile Court for their custody,” police said.

Meanwhile, Jana Sena Party leaders and workers staged a protest at Jubliee Hills Police Station demanding justice for the victim of the Hyderabad rape case. They were later detained.

The 17-year-old girl was allegedly gang-raped when she was returning home after a party in the Jubilee Hills area of Hyderabad on May 28. The matter came to light after the minor girl’s father submitted a complaint to the police regarding the incident.

On the complaint of the girl’s father, a police case was registered against five persons. The case has been registered under Sections 354 and 323 of the Indian Penal Code (IPC) and Section 9 read with 10 of the Protection of Children from Sexual Offences (POCSO) Act.