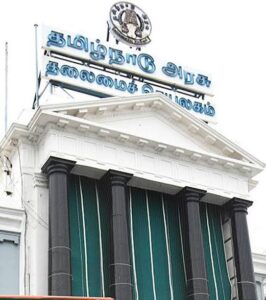 He tweeted, ‘After visiting Fort St George frequently over the last week, I am convinced that TN deserves a modern secretariat and Assembly. I appeal to @CMOTamilNadu @mkstalin to take steps to build a new Secretariat in Chennai along with a satellite assembly in Trichy for alternative sessions.’

“I also urge the @CMOTamilnadu to hold full Cabinet meetings outside Chennai. This will bring the top echelons of government closer to the people, ”

The demand for constructing a new Secretariat has been raised in the recent past by few leaders stating that the present premises lacks adequate space and is always crowded during work hours.