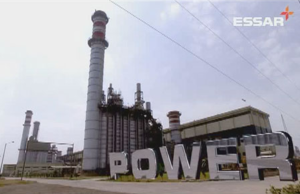 Mumbai : Essar Power Limited, India’s first private sector independent power producer, has entered into a definitive agreement with Adani Transmission Limited (ATL) to sell one of its two transmission lines for Rs 1,913 crore. Essar Power Transmission Company Limited (EPTCL) has 465-km transmission lines across three Indian states. The asset transacted is an operational 400 kV inter-state transmission line linking Mahan to Sipat pooling substation. The project operates under the CERC regulated return framework. During the last three years, Essar Power has reduced its debt from a peak level of approximately Rs 30,000 crore to Rs 6,000 crore. Alongside this, Essar Power has been in the process of curating a green balance sheet around renewable energy which is in line with Essar’s strategy of investing in future-centric businesses which give a superior rate of return within the ESG framework.

Kush S., CEO, Essar Power Ltd, said, With this transaction, Essar Power is rebalancing its power portfolio with the twin objective of deleveraging its balance sheets and investing in green and renewable power, thereby furthering its ESG-oriented future growth. Essar Power has a current power generating capacity of 2,070 MW across four plants in India and Canada. This is a part of the deleveraging strategy following which Essar has repaid over Rs 1,80,000 crore to banks and financial institutions in the last three years, the largest debt repayment in the history of corporate India.