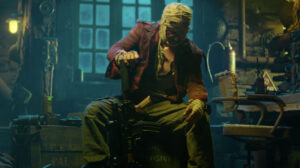 It is finally confirmed. Filmmaker Atlee will direct Shahrukh Khan for a Hindi movie titled Jawaan. It would be released in Tamil, Telugu and Kannada too.

The crew came out with a short video to announce the title today. The highlight of the movie is music by Anirudh. The crew tweeted, ‘Feeling emotional, excited & blessed. Grew up admiring you but never imagined that I would be directing you sir. SRK & I proudly present to you #Jawan‘.

The movie would be released next year. Buzz is that Nayanthara would play the heroine . Shahrukh Khan,who had a slew of failures in the recent past, is making a comeback. And Atlee’s last directorial was Bigil starring Vijay.