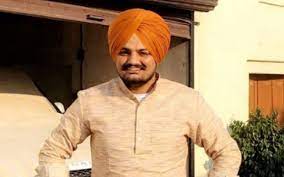 A day earlier, Moosewala’s father wrote a letter to Shah, demanding a probe into his son’s killing by a central agency.

Punjab Chief Minister Bhagwant Mann on Friday pledged to put the killers behind bars at the earliest. “Police have got vital clues regarding the murder of Sidhu Moosewala and the day is not far when we will nab the perpetrators of this heinous crime,” he assured the aggrieved family during his visit to their native home in Mansa district.

The Chief Minister said Moosewala was a multi-talented artist who was blessed with mesmerising voice and creativity.

He said his untimely and tragic death has given a major blow to the music industry in general and millions of his fans in particular.

Earlier, Punjab ministers Harpal Singh Cheema and Kuldeep Singh Dhaliwal met the family of Moosewala in Mansa to condole the death of the singer.