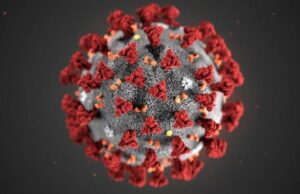 About 88,000 child Covid-19 cases were reported across the US in the week ending June 9, according to a latest report released by the American Academy of Pediatrics (AAP) and the Children’s Hospital Association.

Over 13.5 million children have tested positive for Covid-19 since the onset of the pandemic in the country, and nearly 395,000 of these cases have been added in the past four weeks, Xinhua news agency reported, citing the report.

About 5.6 million child Covid-19 cases have been added in 2022, said the report, which was released on Monday.

Child cases are far higher than the same time around mid-June one year ago, according to the report.

There is an urgent need to collect more age-specific data to assess the severity of illness related to new variants as well as potential longer-term effects, said the AAP.