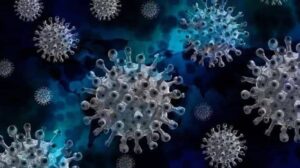 Tamilnadu Covid cases recorded a further surge as 737 cases, including one imported case from UAE, were reported on Tuesday. With the increase in the cases, active cases crossed 4,000 mark and there are a total of 4,366 active cases in the State currently. The total number of cases in the State has reached 34,62,297.
With testing of samples being only about 16,701 in the past 24 hours, the overall test positivity rate in the State spiked to 4 per cent. The cases in Chennai are gradually nearing 400, with 383 cases on Tuesday, which is about 89 more cases from the previous day. The city has a TPR of 5.9 per cent and the highest number of 2,103 active cases.

Chengalpattu recorded the highest TPR of 8.5 per cent and recorded 128 cases of Covid, taking the active cases tally in the district to 851. Among other districts, Tiruvallur reported 49 cases, while Coimbatore recorded a surge and saw 42 cases. Kancheepuram recorded 26 cases.