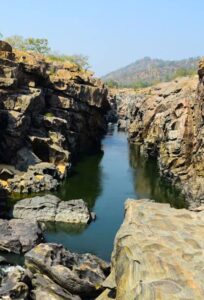 A delegation of leaders of legislature parties in Tamilnadu Assembly led by Water Resources Minister Durai Murugan on Wednesday met Union Jal Sakthi Minister Gajendra Singh Shekhawat in New Delhi and registered their protest over the decision of the Cauvery Water Management Authority (CWMA) to discuss the DPR for the Mekedatu project.

Talking to reporters after meeting the Union Minister, Durai Murugan said, “Our main demand was that the CWMA should not discuss the proposal for Mekedatu dam. Karnataka had contended that they had obtained a legal opinion that the CWMA has powers to discuss the DPR. But the TN team clarified that we too had consulted lawyers and found their view to be wrong.  The delegation also reiterated that Karnataka cannot construct a dam at Mekedatu since it is violative of the verdict of the SC.”