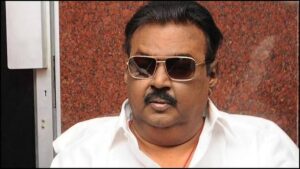 DMDK chief Vijayakanth, who was undergoing treatment at a private hospital, is recovering well. Reports say that he will be discharged today. He recently had to have his toe amputated following a doctor’s advice.

He had been suffering from diabetes and doctors said that there was no streamlined circulation of blood to his right leg’s toe. The DMDK party revealed that the doctor had hence recommended that three fingers be removed through surgery and that the surgery took place on Monday.

Vijaykanth’s health has been deteriorating for some years and he has been inactive in politics for a long time, not having contested in the state elections since 2016.