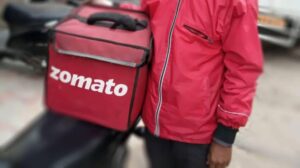 Food-delivery firm Zomato Ltd is set to buy local grocery-delivery startup Blinkit for 44.47 billion rupees ($568.16 million) in an all-stock deal, in a bid to step up its game as competition in the quick-delivery market gets fierce.

Rivals Swiggy, Reliance Industries-backed Dunzo, Tata-backed BigBasket and Zepto are also betting on fast deliveries in the so-called quick commerce sector, which was worth $300 million last year and is expected to grow 10-15 times to $5 billion by 2025, according to research firm RedSeer.

Zomato in August bought a more than 9 per cent stake in Blinkit for nearly 5.18 billion rupees ($66.16 million) and said earlier this year it would invest as much as $400 million in the Indian quick commerce market over the next two years.