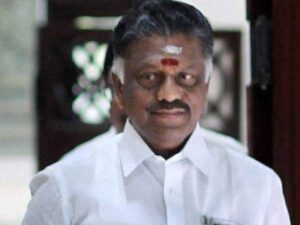 Even as the infighting in AIADMK is at its peak, the meeting of its headquarters office bearers took place today sans O Paneerselvam and his supporters.

The meeting comes in the wake of OPS asserting that party cadres are with him and that those who spun the conspiracy web to weaken and divide the party will be taught a lesson by the people.

Sources say that arrangements to convene General Council meet on 11 July was discussed at the meeting. Reports also said that ways and means to remove OPS from the post of treasurer was deliberated at the meeting.

Emerging out of the meet, senior leader D Jayakumar said, 64 of the 73 head quarters office bearers attended the meeting. Due to health reasons, three of them could not attend.

Speaking to press persons, Jayakumar said, ‘The Presidium Chairman has all rights to convene the meeting with the post of co-ordinator ceased following recent announcements in the 23 June GC meet.’

Stating that everyone is firmly behind former Chief Minister EPS,  Jayakumar said, ‘OPS is a symbol of traitor. He has brought disrepute to the party’.