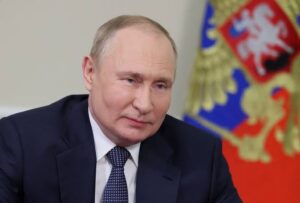 Vladimir Putin has less than two years to live as he suffers from multiple “grave” illnesses, according to the head of the Ukrainian intelligence service, multiple media outlets reported. Major General Kyrylo Budanov said Kiev spies who infiltrated the Kremlin made the claims based on “human intelligence”, Daily Mail reported. “Putin doesn`t have a long life ahead of him,” Budanov was quoted as saying by USA Today reported.

Putin`s health has been subject to fierce rumour for months, escalating after he was pictured gripping a table during a meeting with defence minister Sergei Shoigu.

Earlier this month, the 69-year-old President`s legs appeared to buckle during a speech in Moscow, adding to the growing rumours of the Russian leader`s health woes.