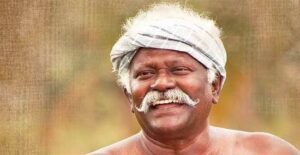 Veteran actor Poo Ramu, who is known for his work in Tamil films like Poo, Neerparavai, Nedunalvaadai, Pariyerum Perumal, Peranbu, Karnan and Soorarai Pottru, has passed away. The actor breathed his last in Chennai on Monday evening.

He was a member of the Tamil Nadu Progressive Writers’ Association. From 1990 to 2005, Ramu was a part of the Chennai Kalai Kuzhu.

Chief Minister M.K. Stalin condoled the death of Ramu and observed that he was a renowned street play artiste who reached out to people on Leftist ideology. The Chief Minister expressed his heartfelt condolences to the bereaved family and film fraternity.