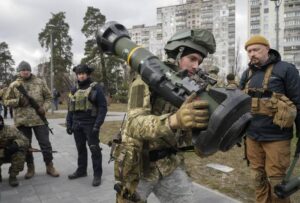 He said more than 1,000 people were in the shopping centre at the time of the attack. He gave no details of casualties but said: “It is impossible to even imagine the number of victims.” “It’s useless to hope for decency and humanity from Russia,” Zelenskiy wrote on Telegram.

City mayor Vitaliy Meletskiy said the strike had caused deaths and injuries, but gave no figures. Kremenchuk, an industrial city of 217,000 before Russia’s Feb. 24 invasion of Ukraine, is the site of Ukraine’s biggest oil refinery.

Ukraine has said its troops had been ordered to retreat from Sievierodonetsk as there was very little left to defend after weeks of intense fighting, marking the biggest reversal for Ukraine since losing the port of Mariupol in May.