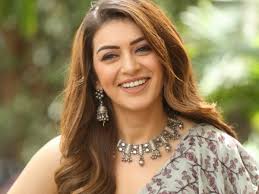 Director U.R. Jameel’s much-awaited thriller ‘Maha’, featuring actress Hansika Motwani in the lead, will finally hit screens on July 22, its makers announced on Tuesday.
Maga is Hansika’s 50th film and Silambarasan has played an important role in the film.

Maha’ is produced by Malik Streams Corporation, a production and distribution company that is based in Malaysia.

The film, which has music by Ghibran, has cinematography by J Laxman and editing by John Abraham.