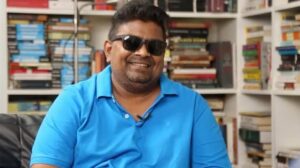 Mysskin made an impact as a writer-director with his very first film ‘Chithiram Pesuthadi. He later plunged into acting with Nandalala and has followed it up with critically acclaimed performances in Savarakathi and Super Deluxe.
Mysskin has now turned music director for a new film titled Devil, directed by his younger brother Aditya who earlier helmed Savarakathi. The film haas Vidharth and Poorna in the lead roles supported by debutantes Adit Arun, Subashree Rayaguru and Mysskin himself in a pivotal character. Karthik Muthukumar is the DOP, S Ilayaraja is the editor while R. Radhakrishnan is producing under the banner Maruthi Films.
Tags:Mysskin Music Vidharth