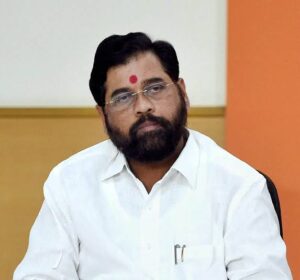 After the swearing-in ceremony today, we will have a cabinet expansion and Shiv Sena and BJP leaders will take the oath. I will stay out of the government,’ says Fadnavis.

Eknath Shinde thanked BJP’s Devendra Fadnavis for all his support. “Fadnavis has a very big heart. I thank all who supported us.”

“Whatever happened in the last two-and-a-half years was described by Fadnavis. Our work was stalled,” said Eknath Shinde, adding that the Sena-BJP alliance was a natural alliance. But in the Maha Vikas Aghadi, MLAs were not happy. No one has joined us with selfish motives,” he said.