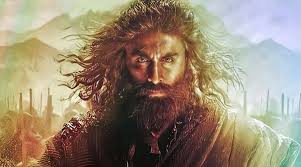 Ranbir, who is coming to the big screen four years after he delivered the blockbuster Sanju, digitally launched the first song of Shamshera, Ji Huzoor.

The song presents tribal warlord Shamshera’s son Balli, played by Ranbir, entertaining the kids of the brutal Kaza fort prison before they all return to their lives of oppression and torture in the hands of the evil and ruthless Shuddh Singh, played by Sanjay Dutt.

While revealing details of Ji Huzoor, Ranbir says, Kaza is essentially a brutal prison for the tribe that has been captured and are being tortured continuously. Balli is someone who, despite all the oppression and humiliation that he has faced, is full of life, he is mischievous and the kids of Kaza look up to him and he loves them dearly. The kids and he are a gang and they bring some life in the dark Kaza where people are simply suffering in the hands of this evil person, Shuddh Singh played by the one and only Sanjay Dutt.’

He adds, When Ji Huzoor comes in the film, it is that one rare break free moment that Kaza, Balli and the kids of this prison experience. It’s a very sweet song which shows Balli’s relationship with the kids. In the song you will see Balli doing random, funny things so that he can entertain the kids and lighten them up before they all go back to the harsh realities of their lives.’

Directed by Karan Malhotra, this action extravaganza has been produced by Aditya Chopra and is set to release in Hindi, Tamil and Telugu on 22 July.