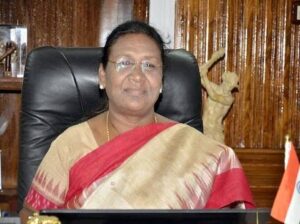 Murmu, former Jharkhand Governor and a tribal native of Odisha, met AIADMK MPs and MLAs during her visit to Chennai. The leaders of the AIADMK’s two warring factions led by Edappadi Palanisamy and O Panneerselvam met her separately as the party is in the midst of a rift over leadership.

The leaders of alliance parties including PMK, DMDK, Puthiya Thamizhagam and TMC also met her.

The Presidential election would be held on July 18, the result declared on July 21. If elected, Murmu will become the first tribal president of India and the second woman to hold the office after Prathibha Patil. The term of the current President Ram Nath Kovind ends on July 24.