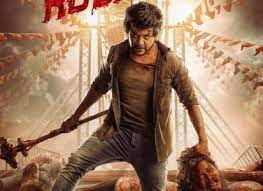 The makers of Raghava Lawrence starrer Rudhran made an official announcement that the film will hit the screens on December 23.

The movie is being directed by Kathiresan and is produced by Sekhar Babu under the Five Star Creations LLP banner. It also has an ensemble cast of Priya Bhavani Shankar, Stunt Shiva, Sarathkumar, Poornima and Shyam Prasad.

The film has cinematography by R.D. Rajashekhar and music by G.V. Prakash. Screenplay for the film is by K P Thirumaaran and editing is by Antony.

Work on the film began last year and it was initially announced that the film would hit screens on Tamil New Year in April this year.