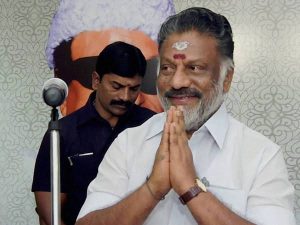 The Madras High Court on Friday reserved its orders on a civil suit filed by AIADMK leader and former co-ordinator of the party O Panneerselvam, seeking to stay the conduct of the general council meeting of the party to be held at a marriage hall in Vanagaram here on July 11. The GC meet is expected to commence at 9.15 a.m. on that day.

OPS has instituted the suit against one and half crore primary members, 2665 general council members, over 250 executive council members and against 74 office-bearers of the party. After having instituted such a suit, he still claims he is the Coordinator of the party. This is completely fallacious. The suit as framed, is riddled with irreconcilable and inherent contradictions. Over 2,430 GC members had signed the resolution to discuss the issue of single leadership on July 11. And one person was trying to stifle the democratic process, EPS contended.