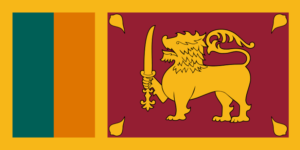 Amidst controversy and a diplomatic tussle between India and China, Sri Lanka on Saturday announced that it has allowed controversial Chinese vessel ‘Yuan Wang 5’ to dock at the island’s southern-most port, the Chinese-run Hambantota.The Foreign Ministry announced that it has given permission for the vessel to be docked at the port on August 16.Described as a research and survey vessel, but alleged to be a spy ship, the Chinese vessel was originally planned to reach Hambantota on August 11 but its arrival was deferred following Sri Lanka’s requested to postpone the arrival indefinitely.When Sri Lanka requested a postponement of the arrival, China’s Foreign Ministry spokesman Wang Wenbin protested and charged halting of the vessel from entering the Hambantota Port was “completely unjustified” and accused India, claiming “certain countries” put pressure on Sri Lanka, claiming “security concerns”. O July 12, diplomatic clearance for the Chinese vessel to make a call at the Hambantota Port from August 11-17, for replenishment purposes, was conveyed by the Foreign Ministry to the Chinese Embassy in Colombo.