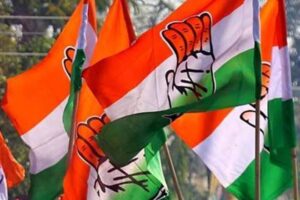 Congress has called a meeting of AICC General Secretaries, incharges, PCC presidents, legislature party leaders and frontal heads on Thursday to prepare for the rally against inflation and unemployment on August 28. The rally is being organised in Delhi at Ramlila Maidan, and the party feels that the August 5 agitation was successful in which Rahul Gandhi and Priyanka Gandhi were detained by police.

Congress has planned to build up the agitation programme from the village level and involve retail and mandi workers in it.The party will organise “Mehangai Chaupal” interactive meetings at mandis, retail markets and other locations in all assembly constituencies from August 17 to 23, party sources said.The party will print booklets and will distribute them to all state organisations and they will then further translate and print them in the local language and then distribute them to the public, they added.Congress hopes to connect with the masses this time as the party feedback is that “its nationwide agitation on August 5 against the Modi government’s anti-people policies strongly resonated with the people”, sources asserted.The party is also planning to hold an agitation on the demand to roll back the Agnipath scheme, Congress MP Deepender Singh Hooda had said. “After August 15, we will take to the streets, just like we did in our fight against inflation, to protest against unemployment and demand rollback of the Agnipath scheme,” Hooda had said.

Tags:Cong calls meeting of office bearers ahead of Aug 28 rally