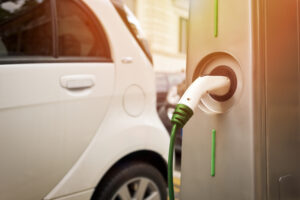 The company, which struggled with deliveries for its electric scooters after it announced entry into the segment exactly a year ago, has set an ambitious target of selling 10 lakh electric cars by 2026-2027.In a press conference, Ola founder and CEO Bhavish Aggarwal said Ola Electric aims to provide a range of electric two-wheelers to electric cars which are priced in the range of Rs 1 lakh to Rs 50 lakh.”We definitely have a full roadmap in the works in the car space… We will definitely have cars at the entry price market. We’re starting with a premium car and that comes out in 18 to 24 months,” he said when asked about the company’s plans for electric cars.

He further said, ”We are envisioning across all the products (that) we will launch, maybe by 2026 or 2027 we will target a million cars a year by volume.” Aggarwal, however, did not elaborate how many electric car models the company would have by 2026-2027.Ola’s first electric car will have the capability to accelerate from 0-100 kmph in four seconds and will have a range of more than 500 kilometers per charge, he claimed.On the rationale behind the plan to launch a premium electric car first, he said, ”Global automakers think that the Indian market is not ready for world class technology and hence sell their hand-me-down tech in India. Now we need to change this. We deserve a car that defines this new India, an India that is fearless and believes in writing its own destiny.” Aggarwal said Ola Electric has also been working to have a full-fledged electric vehicle ecosystem at a single site at its ‘Future Factory’ at Krishnagiri district in Tamil Nadu.At full scale, he said the facility ”will produce a million cars, 10 million two-wheelers and 100 gigawatt hour of cells every year”.The company is also adding manpower for its battery cell research, he said, adding, ”we have a large team of 200 members now and we will grow the team to about 1,000 people next year”.