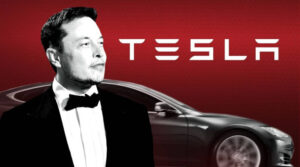 Elon Musk has announced that his electric car company Tesla surpassed the milestone of producing 3 million vehicles.Tesla cars have so far achieved over 40 million miles and the company expects to reach 100 million miles at the end of this year. Congrats Giga Shanghai on making the millionth car! Total Teslas made now over 3 mn,” Musk tweeted late on Sunday. Earlier this month, Musk hinted that Tesla would probably build “at least 10 or 12 gigafactories” in years to come.Musk said that the long-awaited Cybertruck (announced in 2019) will also be unveiled soon, though he did not give further details. Tesla reported $16.93 billion in revenue in Q2 and automotive made $14.6 bn of the total sales. In an earnings call, Musk said Tesla’s new factory outside of Berlin crossed 1,000 cars per week in June.