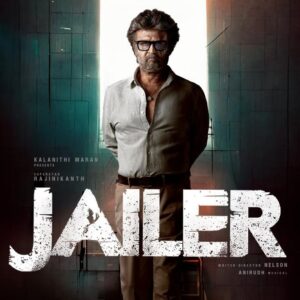 The shooting of Rajinikanth’s 169th film Jailer went on floors today in Chennai.
Directed by Nelson Dilipkumar and produced by Sun Pictures, the first look poster of the Superstar was also released.
The movie has music by Anirudh. Ramya Krishnan and Vacant Ravi are said to be part of the film.
Rajinikanth was last seen in Annaatthe. Director Siva’s movie, set against the backdrop of a village, was released to mixed reviews.