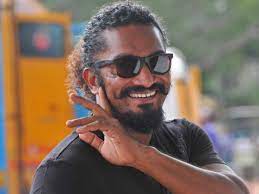 Action choreographer Stunt Silva, who has a string of hits under his belt including movies starring Rajinikanth, Ajith, Vijay, Silambarasan among others completes 15 years in the industry.Having started his career as assistant to Peter Hein, he has come a long way establishing a place for himself in the industry.Speaking to News’s Today, Silva says, ‘Happy that our hard work is being recognised. In spite of several.risks, we strive to be best and different on screen’.Recalling his experienced working in over 300 films in various languages, Silva says, ‘Even in stunt scenes audience expect a screenplay. Qe have to satisfy them’.Today every actor want to show their uniqueness on action scenes. They practise hard before the stunts are shot, he adda.Silva who had directed Chithiari Sevvanam before, says, ‘Soon my next directorial venture will begin. It will be grand and interesting’.Silva says, ‘action gives me enough satisfaction. Wish to.do more and different attempts on screen’.Thanking his mentor Peter Hein, he says, ‘Though I have completed 15 years in cinema, I still have miles to go’.

Tags:I always want to give my bestsays Stunt Silva