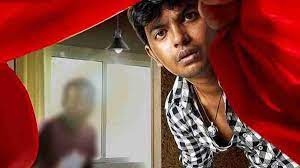 Actor Vijay Kumar, who shot to limelight with his critically acclaimed superhit film ‘Uriyadi, has completed shooting for his next film that is being directed by director Thamizh of ‘Seththumaan’ fame.Sources close to the actor say that the film, which is yet to be titled, was shot in a single stretch in and around Ambur in Tamil Nadu in a matter of 62 days.The film is being produced by Reel Good Films which has already worked once with actor Vijaykumar.Sources say the just completed film will have equal doses of politics, action and romance in it.

‘Ayodhi’ fame Preethi Asrani and newcomer Richa Joshi play the female leads in this new film that will also feature ‘Vathikuchi’ fame Dhiliban, ‘Kaithi’ fame George Mariyan, and ‘Vada Chennai’ fame Paval Navaneethan.Govind Vasantha, who scored the music for the blockbuster ’96’, is scoring music for this film while Mahendran Jayaram is handling its cinematography.Celebrated writer Azhagiya Periyavan, Vijaykumar and Thamizh have together penned the dialogues for this film which is being edited by C.S. Prem Kumar.

Tags:Uriyadi Vijay Kumar wraps up shooting for his film