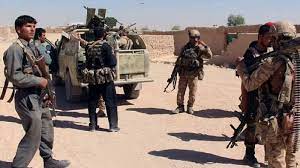 The Taliban-appointed foreign minister acknowledged on Wednesday that the former insurgents’ year-old government in Afghanistan remains isolated. But he claimed it is able to conduct business and trade internationally as if it were officially recognised on the global stage.The remarks by Amir Khan Muttaqi underscored the struggles faced by the Taliban since they seized power and overthrew a Western-backed government in August 2021.They have since been trying to transition from insurgency and warfare to governing amid an economic downturn that has driven millions more Afghans into poverty and even hunger. The international community, wary of the Taliban’s harsh rule when they were last in power more than 20 years ago, has withheld official recognition and Afghanistan’s assets abroad have been frozen. Most foreign delegations visiting Afghanistan since the Taliban takeover have been bringing in humanitarian assistance, but the flow of foreign aid has slowed to a trickle.

“This is true that no country has made an announcement of official recognition of the new government of Afghanistan,” Muttaqi told reporters in the capital, Kabul. He insisted, however, that “whatever interaction” is taking place between the Taliban and other countries is “official”. “Maybe they have some issues,” he added, referring to the Taliban treatment of women , minorities and other issues The international community has demanded the Taliban uphold women’s rights, allow girls to go to school beyond sixth grade, and revoke their ban on women’s full access to society and the right to work in all fields. There are also other demands, such as rights for ethnic minorities and the establishment of an inclusive government — all points on which the Taliban have not responded despite their initial promises to the contrary.