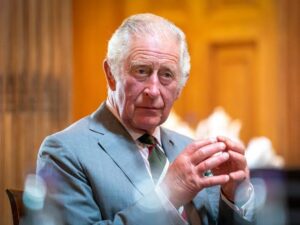 King Charles III was on September 10 proclaimed Britain’s new monarch in a historic ceremony of the Accession Council that was televised for the first time in history.
“God save the King” were the words with which those gathered reaffirmed the proclamation made by the clerk of the council.
The throne had passed to the 73-year-old former Prince of Wales following the death of his mother, Queen Elizabeth II, on Thursday and Saturday’s ceremony marked his formal declaration and oath taking at St. James’s Palace in London.
King Charles was joined by his wife, Queen Consort Camilla, and his son and heir Prince William — the new Prince of Wales.