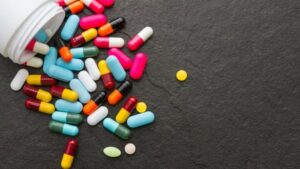 Several anti-cancer drugs, antibiotics and vaccines will now become more affordable as they are among 34 new additions to the National List of Essential Medicines, with the government saying this will reduce “patients’ out-of-pocket expenditure”.Anti-infectives like Ivermectin, Mupirocin and Meropenem have also been added to the list, taking the total drugs under it to 384.Four major anti-cancer drugs — Bendamustine Hydrochloride, Irinotecan HCI Trihydrate, Lenalidomide and Leuprolide acetate which are effective in various types of cancers — and psychotherapeutic medicines — Nicotine Replacement Therapy and Buprenorphine — have been added to the list.However, 26 drugs such as Ranitidine, Sucralfate, white petrolatum, Atenolol and Methyldopa have been dropped from the previous list. The deletion has been done based on the parameters of cost effectiveness and availability of better drugs.After launching the list on Tuesday, Union Health Minister Mansukh Mandaviya tweeted, “Released the National List of Essential Medicines 2022. It comprises 384 drugs across 27 categories. Several antibiotics, vaccines, anti-cancer drugs and many other important drugs will become more affordable & reduce patients’ out-of-pocket expenditure.”