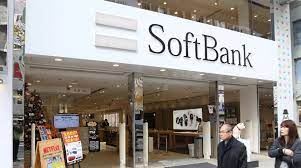 Masayoshi Son-led SoftBank has cut the internal valuation of Ritesh Agarwal-run Oyo to $2.7 billion from its last reported valuation of nearly $10 billion, TechCrunch reported on Thursday.The reported valuation cut comes at a time when the hospitality major is eyeing its initial public offering (IPO) in months to come.The report, citing a source, said that SoftBank is the largest investor in Oyo — at 45 per cent — and its estimation “is a strong signal of the startup’s current health”.A company spokesperson termed the report as “inacurate”, saying it makes “no rational basis” as the company has actually improved its finances.”We are confident that the above speculations about valuation markdown is patently incorrect. Valuation is an outcome of business performance. As per our latest audited results, we have clocked Rs 7 crore maiden adj EBITDA profit in the June quarter, at 41 per cent gross profit margin and a 45 per cent increase in gross booking value per hotel per month vs last financial year,” the company spokesperson said in a statement.”There is no rational basis for a markdown,” the spokesperson added.