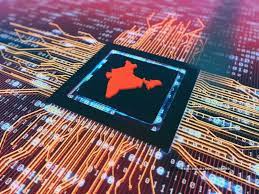 India’s electronics exports would reach USD 120 billion by 2025-26 and that would happen with state governments partnering with the Government of India, Union Minister Rajeev Chandrasekhar said on Friday.The country’s electronics manufacturing was valued at USD 70-75 billion and Prime Minister Narendra Modi has set a target to reach USD 300 billion by 2025-26, the Minister of State for Entrepreneurship, Skill Development, Electronics and Technology said at an event here.India which was importing 90 per cent of its mobile phones till 2014 is now catering to 97 per cent of all mobile phones that are consumed in India, Chandrasekhar said at the inauguration of Pegatron Technology India Pvt Ltd, new state-of-the-art manufacturing unit at Mahindra World City, Singaperumalkoil in neighbouring Chengalpet district about 45-km from here.Pegatron Technology India is wholly-owned subsidiary of Taiwan-based Pegatron Corporation. The manufacturing facility has been set up at an investment of Rs 1,100 crore that would create about 14,000 new jobs in the region, officials said.”India had zero exports of mobile phones till 2014 and now exports over Rs 50,000 crore (worth of) i-Phones, Samsung phones and other phones to consumers and other countries. That is the journey in the last 8 years from zero exports to Rs 50,000 crore exports and from 90 per cent imports to 97 per cent of domestically manufactured,” he said.However, he cautioned that what India achieved was a ‘tip of the iceberg’.