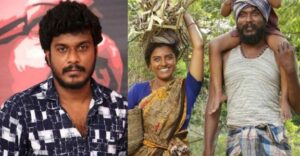 Actor Manikandan, who is best known for his stellar performance in critically acclaimed Tamil superhit film ‘Jai Bhim’, will next be seen playing the lead in a comedy film on snoring.The yet-to-be-titled film is being directed by Vinayak Chandrasekaran.Source close to the film unit said: “Snoring is a problem that most people experience. The core content of this film is based on this issue. The film has come out as a commercial entertainer.””It has loads of humour and has been made in such a way that everyone will be able to enjoy it. The filming has been completed at a single stretch. The film was shot in and around Chennai. Currently, post-production work is on.”Sean Roldan has scored the music for this film, which is being produced by Nazerath Pasilian, Yuvaraj Ganesan, and Mageshraj Pasilian for the banners Million Dollar Studios and MRP Entertainment.Apart from Manikandan, the film also features Meetha Raghunath, Ramesh Thilak, director Balaji Shakthivel, and Bagavathi Perumal (Bakhs) in pivotal roles.Director S. P. Shakthivel is the creative producer for the film, which has Jayanth Sethumadhavan as its director of Photography.

Tags:‘Jai Bhim’ fame Manikandan’s next is a comedy on snoring