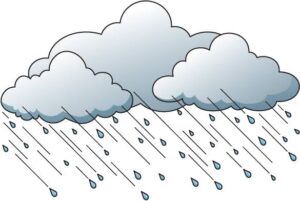 The rain claimed three more lives in Tamil Nadu, taking the total number of rain-related deaths in the state to 26 so far, the state government said on Saturday.
While two persons died in the state capital, Tiruvallur district reported a rain-related death.
Steps have been taken to provide a relief of Rs 4 lakh each to the family of the victims. The northeast monsoon had commenced on October 29.
Tamil Nadu received 10.04 mm rainfall during the last 24 hours. Kodiyakarai station in Nagapattinam district received the maximum of 9 cm, while Rameswaram (Ramanathapuram) received: 8, Kottaram (Kanniyakumari) and Kulasekarapattinam (Thoothukudi) received 7 cm rainfall each, respectively.
About 25 cattle were lost and 140 huts were damaged in Friday’s rain, the government said. Around 64 trees that were uprooted in the rains on November 4 in Chennai were cleared.
Chief Minister M K Stalin has ordered a solatium of Rs 4 lakh each from the Chief Minister’s Public Relief Fund to the affected families. Accordingly, state ministers K N Nehru and P K Sekar Babu personally met the families of the deceased here, consoled them and gave the relief amount as announced.