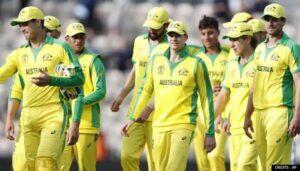 Australia’s T20 World Cup campaign is officially over, after a nervy England defeated Sri Lanka in Sydney.
A score of 180 looked on the cards with Sri Lanka 1/71 after eight overs, but they could only limp to a total of 8/141.
Despite finishing on the same number of points as both New Zealand and England, Australia’s poor net run rate relegated the home side to third. Only the top two teams in each group qualify for the semi finals.
Australian hopes were boosted when Sri Lanka started at better than eight an over, with opener Pathum Nissanka hitting five sixes in his 67 off 45 balls.