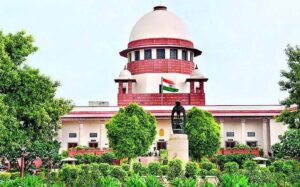 The Supreme Court today upheld the 10 percent quota for economically weaker sections (EWS) in public jobs, public and private education institutes in 3:2 split verdict.
While most opposition parties, including the Congress, did not oppose the law, as many as 40 petitions were heard by the Supreme Court against it, including by the state of Tamil Nadu which has among the highest reservation in the country arranged in a delicate balance.
The petitioners had questioned several aspects of the EWS quota, including how it could cross the 50 per cent national cap on reservation set by the Supreme Court in 1992 and whether it changed the “basic structure” of the constitution.