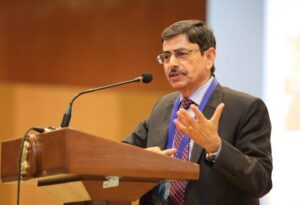 The DMK said its-led Secular Progressive Alliance (SPA) has petitioned President Droupadi Murmu, urging the ‘sacking’ of Tamil Nadu Governor R N Ravi, with whom the ruling dispensation in the state is at loggerheads over a number of issues.
In a detailed memorandum dated November 2, 2022, and submitted with the office of the President in New Delhi, the ruling alliance flagged a number of issues concerning the Governor, including the pending NEET bill and said all the acts were ”unbecoming of the Governor.” The petition was signed by SPA members of Parliament.
”Clearly, R N Ravi has violated the oath he took under Article 159 to preserve, protect and defend the Constitution and the law and to devote himself to the service and well-being of the people of Tamil Nadu. Far from it, he has been instigating communal hatred, and is a threat to the peace and tranquility of the State… therefore by his conduct and actions, Thiru R N Ravi has proved that he is unfit to hold the constitutional office of Governor and therefore he deserves to be sacked immediately,” the MPs said in the 9-page memorandum, a copy of which was released here. They also submitted a list of pending Assembly Bills with the Raj Bhavan, including the one that seeks to confer the power of Vice Chancellor appointments to the State